The North American MBE Conference sponsors the following awards to researchers in the field of molecular beam epitaxy:

Please, see the instruction below for nominating qualified candidates for the first two awards. The nominations will be reviewed by a selection committee consisting of previous award recipients and the NAMBE Advisory Board.

The North America MBE Advisory Board is proud to present The MBE Innovator Award, established in 2004.  It is to recognize individuals whose innovative work has significantly advanced the field of molecular beam epitaxy (MBE). Individuals must have outstanding credentials, and their innovative work must have had/or be having a significant impact on the advancement of MBE technology in one (or more) of the following four categories:

Nomination Procedure
E-Mail this nomination form and supporting materials by the deadline to the Awards Contact above. 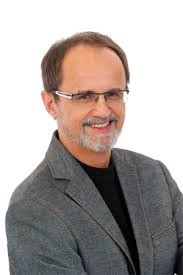 “For pioneering contributions to MBE technology and the properties of semiconductor materials, and for growth of novel quantum photonic and electronic device structures.”

Zbig Wasilewski obtained his PhD in Semiconductor Physics at the Institute of Physics, Polish Academy of Sciences, Warsaw, and followed it as a postdoctoral researcher at Imperial College, London. A large part of his career was spent at the National Research Council of Canada where he did MBE research from 1988 to 2012. He is currently Endowed Professor and Chair at the department of Electrical and Computer Engineering and the Waterloo Institute for Nanotechnology at the University of Waterloo, Canada.

Zbig has made numerous contributions to MBE research in a wide range of areas, including devices, such as high temperature operation of quantum cascade lasers and coherent control of spin states in quantum dots, and many innovations of the technology of MBE, such as oxide removal from GaAs using a Ga metal flux, improved shape and orientation of the group III crucibles to maximize thickness uniformity, the so-called As-drag effect used for doping, and extremely accurate determination of the Al content of GaAlAs alloys. Zbig was named Lifetime Honorary Professor of Physics by the president of Poland in 2012.

The North America MBE Advisory Board is proud to establish the Young Investigator Award to recognize individuals who have made significant contributions to the science and technology of MBE or enabled by MBE by the age of 40 and show promise of future leadership in the field.  The award shall consist of a plaque and a check of $1,000. The deadline for accepting nominations is July 15, 2019.

Administration
The NAMBE Advisory Board will manage the Young Investigator Award. It will be responsible for soliciting and evaluating the nominations and for final selection of the award recipient.

Nomination Procedure
E-Mail this nomination form and supporting materials by the deadline to the Awards Contact above. 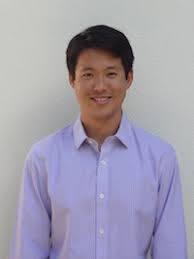 Sponsored by the NAMBE Advisory Board, this award recognizes individuals who have made significant contributions to the science and technology of MBE or enabled by MBE by the age of 40 and show promise of future leadership in the field. The award consists of a plaque and a check of $1,000.

Jason Kawasaki obtained a PhD in Materials Science and Engineering from University of California Santa Barbara under the mentorship of Professor Chris Palmstrom. He was Kavli Postdoctoral Fellow at Cornell University working with Professors Kyle Shen and Darrel Schlom. Jason has made significant scientific contributions to the MBE community by elucidating new thin film growth mechanisms for transition metal and rare earth-based compounds, thus enabling highly precise control of materials properties that cannot be achieved in the bulk form. More specifically, he has already critical discoveries in three distinct classes of materials – Heusler compounds, complex oxides, and rare earth compounds. Since 2014, Jason is the Harvey D. Spangler Assistant Professor at the University of Wisconsin, where he has established and leads a program on epitaxial growth and physics of low dimensional quantum materials, and has attracted funding from the DARPA Young faculty Award, NSF CAREER Award, and ARO Young Investigator Program.

Two will be given based on the quality of the presentations, either oral or poster, made at the Conference. The student awards will be judged by a selection committee consisting of Program Committee members and Advisory Board members at NAMBE 2019. The awards consist of a plaque and a check for $500.

The NAMBE Advisory Board has agreed to support every registered student who stays at the Limelight Hotel Ketchum with up to $400 credit toward their room and associated tax expenses. It will appear as a credit on your room charge on check-out. This offer is applicable only to students who book their stay in the NAMBE 2019 room block and is on a first come first serve basis until the room block has been filled-up. 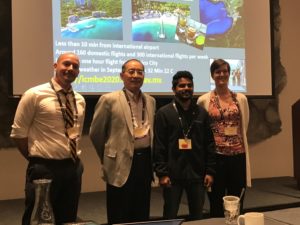 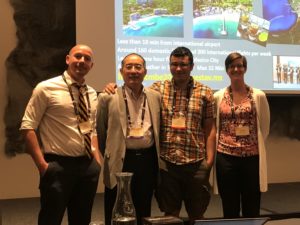 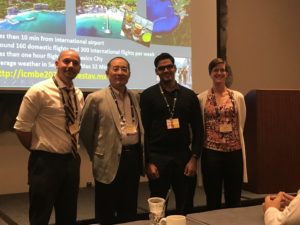